What happens when you can take a million dollar space ship from another player in an NFT-based game? What if I told you about a game called Star Atlas where literally tens of thousands of gamers are preparing to fight it out in deep space for real money?
In this week's episode of Metaversecast, I sit down with veteran gamer DreamingDragon to discuss play-to-earn gaming and the impact that has on the games in development right now.

Star Atlas is a game that is currently in development, and it features a system where players can earn real money by playing the game. There are tens of thousands of gamers who are preparing to fight it out in deep space for those rewards, and the stakes are high.

Some Space ships in Star Atlas already sell for an insane amount of money if you look at it as just a thing you buy in a game. But to the players and guilds, it represents much more than just that. It's a way to make money, and it's also a way of life.

One of the communities or guilds, as they are called in gaming terms, is The Club. DreamingDragon is the eSports lead at Club, and he loves playing with high stakes. In this episode we get a rare insight to why play-to-earn gaming excites highly competitive players like Kevin.

Without revealing too much of our talk. Let's just say I'm glad to be on the side of The Club when Star Atlas opens up for real. 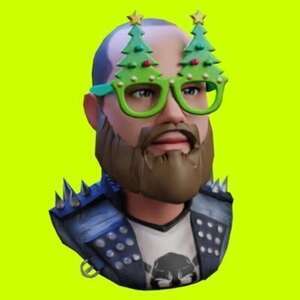